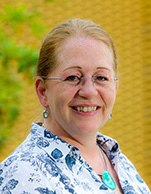 Speaker Bio:  Dawn Skelton is an exercise physiologist and is currently Professor in Ageing and Health at Glasgow Caledonian University. She Chaired the Royal Osteoporosis Society’s Statement on Exercise and Osteoporosis (2018) and the Older People panel for the UK’s update of the Physical Activity for Health Guidelines (2019). She is currently Chair of the British Geriatrics Society Rehabilitation Group. She is a regular Keynote speaker around the world on falls prevention and exercise in older people and publishes extensively (h-index 46, over 250 research papers, reviews and chapters and 5581 citations since 2015). She is also a Director of Later Life Training Ltd, a not-for profit company, that trains health and fitness professionals to work with effective physical activity and exercise with frailer older people and stroke survivors. She recently received the British Geriatrics Society Marjory Warren Lifetime Achievement Award for her work in translating falls prevention research into practice. She was also honoured with an honorary medical doctorate (MD) by Umea University for her work in functional exercise with older people, an Honorary Fellowship from the UKs Chartered Society of Physiotherapy and a Fellowship from the Royal College of Physicians of Edinburgh.

Title: Getting into SHAPE: motivating for healthy ageing behaviours

The recently completed SHAPES program to encourage healthy ageing behaviours among older adults achieved tangible and sustained improvements. This talk will present the methods and materials used in the programme which led to a successful project.

Speaker Bio: Saima Rajabali, MBBS, MSc, CCRP, PhD(c)
Saima Rajabali is a PhD candidate in the Department of Medicine at the University of Alberta and is currently working as a  Clinical Trials Project Coordinator in the Division of Geriatric Medicine. She completed her training as a physician in  Pakistan and then went on to complete her MSc. in Medical Sciences at the University of Alberta. Saima has subsequently gained certification as a Clinical Research Professional. Her research focuses on the impact of peer education and support on healthy aging behaviours in community dwelling seniors and the identification of priorities with regards to the health education needs of seniors. Her research interests include healthy aging, chronic disease self-management, geriatric clinical trials and community based participatory research involving older adults. She is the Vice President of the International Association of Gerontology and Geriatrics Council of Student Organizations. She has won several prestigious awards and scholarships for her research. In her spare time, she enjoys trying new restaurants and spending time with her family, especially her 8-month old son.

Title: Get Up and Get Moving this interactive session will help you to get your participants up and active.

Speaker Bio:  Lindsay Wright is the coordinator of the Edmonton Be Fit For Life Centre, housed at the Faculty of Kinesiology Sport and Recreation at the University of Alberta.  Lindsay supports Albertans to be physically active by offering workshops and professional development for practitioners who deliver physical activity opportunities.

Title: Technology to support older people. The presentation will look at how AgeTech can help to support the independence, quality of life, safety and security of older people living at home.

Speaker Bio: Dr. Andrew Sixsmith, PhD, is the joint Scientific Director of AGE-WELL NCE, the Director of the STAR Institute, and a professor in the SFU Gerontology department. He is past President of the International Society of Gerontechnology and was previously Director of the Gerontology Research Centre and Deputy Director of the IRMACS Centre at SFU. His research interests include aging, social isolation, technologies to connect people, technology for independent living, technology policy and the digital divide, theories and methods in aging and understanding the innovation process. His work has involved him in a leadership and advisory role in numerous major international research projects and initiatives with academic, government and industry partners. He received his doctorate from the University of London and was previously a lecturer at the University of Liverpool in the Institute of Human Ageing and Department of Primary Care.

Title: Role of Exercise in Prevention of Falls in Parkinson/Multiple Sclerosis Disease Patients

Speaker Bio:  Rosana Clark has a Bachelor of Physiotherapy from the University of Western Ontario.  She started work at the Royal University Hospital in Saskatoon in 1989. Over the  years Rosanna has worked in a variety of areas, respiratory , burns , ICU and neurology, which she loves.

In 1997 she moved to Alberta and started work at the Queen Elizabeth II Hospital in Grande Prairie, initially this role was in a number of different areas but more and more she worked in the area of neurology. With acute stroke, Inpatient rehab, outpatient neurology, as well as general medical which is where my co-worker Sailaja Bayapeneni  and I started a still ongoing inpatient group called” Meet and Move”- to help meet the  physical/cognitive /social needs of clients in hospital for long periods awaiting placement. 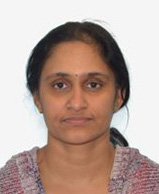 Speaker Bio: Sailaja Bayapaneni; Graduated with Bachelor’s degree in Physiotherapy from India in 1998. Masters in Psychology, majoring in Human Behavior Modification and Counselling and earned a diploma in Acupuncture.

Sailaja has worked as a clinical Physiotherapist from 1998 till 2010 in India. During this period she worked in exclusive Neuro hospitals andRheumatology Clinics.

She moved to Canada with her family in 2010. She joined the QEII Hospital in Grand Prairie, Alberta as a Physiotherapy Assistant in 2013 and as Physiotherapist in September 2014 after passing the national exams. Since then she has worked on all rotations on different floors including surgery, medical, stroke and rehabilitation as well as pre-admission clinic. When on the medical floor, she and her colleague Rosanna realized the need for a program to engage the Geriatric population in our hospital to maintain their overall wellbeing. We came up with the Meet and Move program, that had a physical, cognitive and social component and it’s still successfully running. Currently due to the COVID-19, situation, we had to move to virtual rehabilitation. In spite of the trials and tribulations, this has been hugely successful because our clients embraced it as they did everything else, so the Journey continues…

Finding Balance is a seniors' falls prevention initiative developed by the Injury Prevention Centre at the University of Alberta.

211 can help connect seniors to financial benefits and assistance programs such as the Old Age Security Program and the Guaranteed Income Supplement.